This extensive family tree dates back to around 1600 in Bramsche in Germany (near Osnabrück). One branch remained in Bramsche where it is extinct, another branch went from Bramsche to the US in the middle of the 19th century, where a small branch probably still exists and a third branch went to Leiden in the mid-18th century, from which a large branch still exists in the Netherlands. Around 1800 a large branch arose from here to Stark in Ohio, which still extends extensively in the US. Another branch split off to the Dutch East Indies in the mid-19th century and from there came back to the Netherlands in the early 20th century with a small spread to the US. The tribe in Bramsche itself is completely extinct.

The ancestor is Hermann, born around 1612 in Bramsche and died in June 1670.
Furthermore, there are the following starting points and observations:

The trunk has been almost completely imaged. Only in the US not all recent branches are fully visible yet, but there is a good overview.

You can find large parts of this family tree on Geneanet, however there is more information available than shown there:

Below is an overview of the tribal region. Under the menu option Genealogy you can find all details of this family tree. 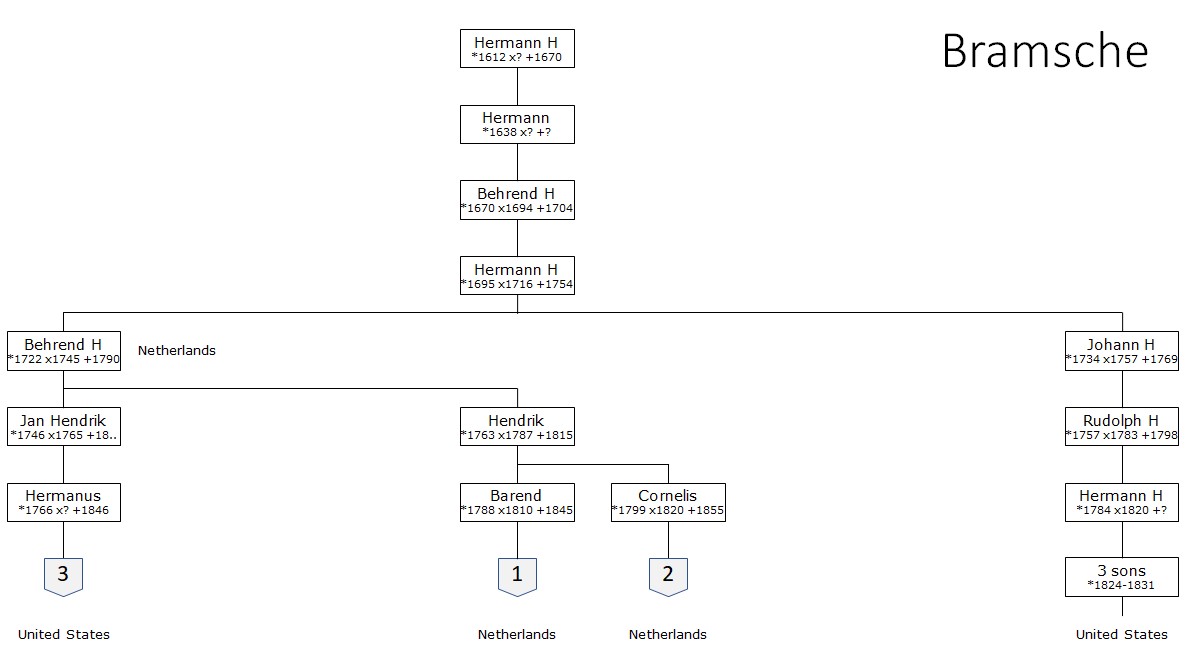