This is a family tree Van Dorssen with a reasonable size today and an interesting background. The ancestor went at the end of the 17th century from Doesburg to Amersfoort and until the early 18th century they used the name Van Dorsten. However, afterwards it became gradually Van Dorssen. There came three different Van Dorstens in the same period to Amersfoort, presumably they were related to each other.

There are late 17th century/early 18th century three (possible) ancestors who come to Amersfoort in the same period and presumably (at least 2 of the 3) are related with each other.

The information is collected on the basis of BDM data (especially to 1811), the family tree site of Piet van Dorssen (especially after the start of the civil status) and several archives. All information is combined, controlled and further supplemented. In addition, there are the following findings:

You can find this family tree more detailed on Geneanet, especially for the more actual data. The part before 1800, however, has been more detailed here.

Below is an overview of the stock series with name-bearing descendants. Further details are best viewed on the Geneanet site. 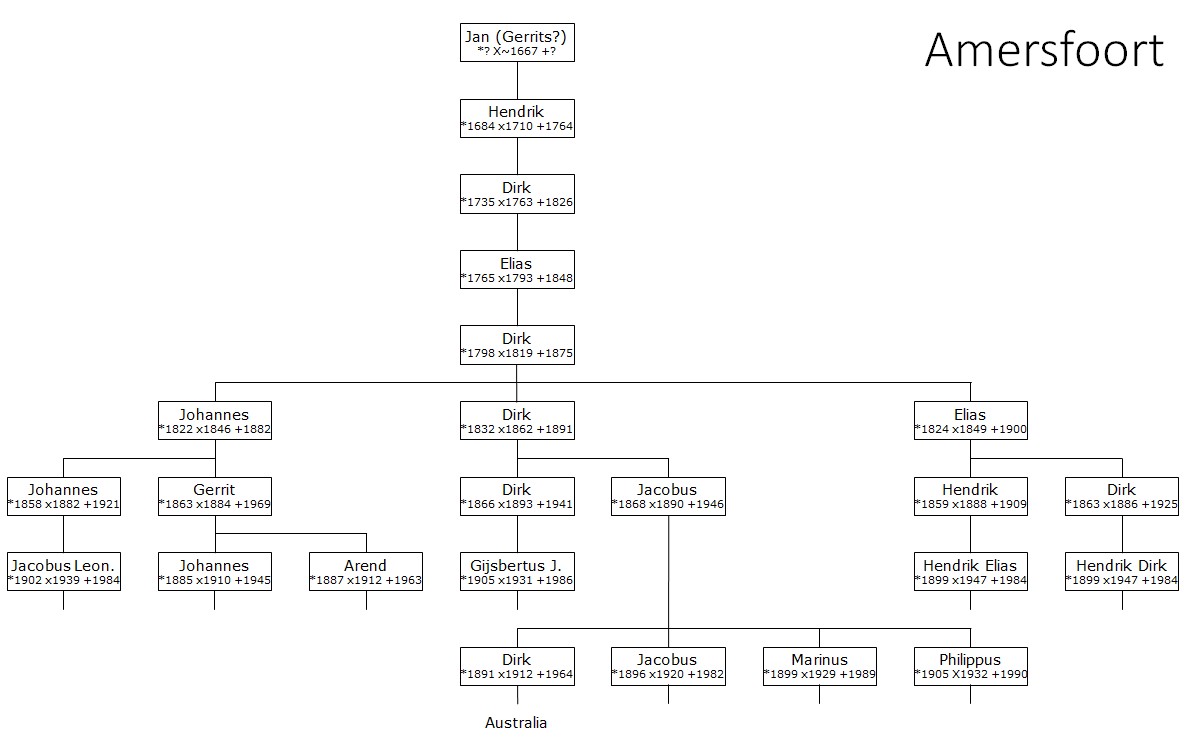