In the region of Dorsten on the north side of the Ruhr area, two surviving family trees are known, the origin of which does not go far back. One originated in Dortmund, the other in Dinslaken. There is still much to discover here if the church books are examined further. 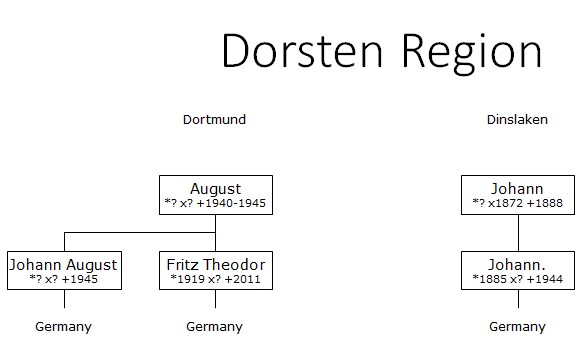 Given the short history, very little can be said about this.

Below is an overview of the stock series with name-bearing descendants. Under the menu option Genealogy you can find all the details of this family tree.